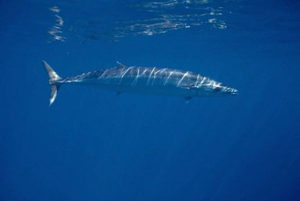 There is a lot more to the wahoo than just its fun, peculiar name. For avid sport fishing aficionados, this fish continues to be one of the most popular fish to catch. The wahoo has earned notoriety for its speed and has developed a reputation as a highly prized game fish. Although it is commonly known to most of us as the wahoo, the fish also goes by a variety of distinct names depending on the territory. In Hawaii, for example, the wahoo is better known by the more ominous sounding name of “ono”. In several areas of Central America and the Caribbean areas, the fishermen there refer to the wahoo as the “peto”.

Whether you fall under the category of a pescatarian or simply an individual that can appreciate the fine taste seafood, the wahoo is acclaimed for its excellent taste, which similarities to the mackerel if you’ve ever dined on such a fish. With its multitude of qualities, wahoo remains in strong demand. The wahoo is able to grow close to eight feet in length and it can weigh nearly a whopping 200 pounds! Even with the mammoth size, a fisherman has yet to announce it has caught a wahoo of such lofty proportions. Currently, the largest wahoo reported to have been caught still weighed a massive 158 pounds.

The wahoo prefers to live its life solo but there are a few instances where it’s been spotted hanging out in schools. It is able to zip through the water at up to sixty miles per hour and potentially even faster thanks to its bladelike fin. If a situation arises, it can also become surprisingly aggressive. For those that have experience, the wahoo presents a formidable challenge.